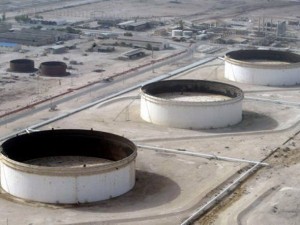 Iran appears to have sharply increased its oil exports to China and India over the past few months, in what may be an early sign that oil sanctions have eased significantly since November, when Tehran signed an interim deal to freeze its nuclear program.

China’s average monthly imports of Iranian oil during the past three months were 29 percent above the monthly average for the previous six months, according to Foreign Reports, a Washington-based energy consulting firm. The firm said that average Indian imports from Iran were 53 percent higher during the past three months than the previous six-month period.

“The numbers should be a red flag for the administration,” said Nat Kern, who heads Foreign Reports. “What is the U.S. going to do at the end of May if Iran has punched such a deep hole through the core sanctions on oil? The horse would be out of the barn.”

Under the interim agreement between Iran and the P5+1 countries, Iran’s oil customers were allowed, in theory, to purchase the same average amounts of Iranian crude as they had bought in the previous six-month period. The Foreign Reports estimates are based on data from China’s General Administration of Customs and on Indian government data cited by Reuters.

U.S. officials so far haven’t seemed worried about any Iranian surge. During a Feb. 17 briefing in Vienna, a senior American official was asked about reports of increasing Iranian oil exports. The official answered that there are “always fluctuations” in the numbers and “we’re quite satisfied with where we are.”