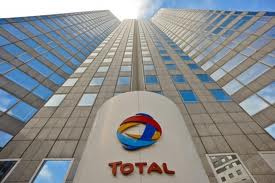 In 2013 net profit of French oil and gas company Total S.A. dropped by 20% against 2012 and totaled 8.44 billion Euro, reads the company’s report released on Wednesday.

During this period the company’s sales totaled 189.5 billion Euro, down 5% against the same period in 2012. The corrected net profit dropped by 12% to 10.75 billion Euro. The corrected profit per share totaled 4.73 Euro against 5.42 Euro a year ago.

The Board of Directors has offered the shareholders to pay dividends worth 2.38 Euro per security (0.61 Euro in quarter 4, 2013). “Launching of big projects in the key regions, such as Russia, Canada and Africa, as well as purchase of new assets, first of all in Brazil, allow confirming the target showings and forecast of the company till 2017 and further,” said General Director of the company Christophe de Marjorie, reported Russian oil.