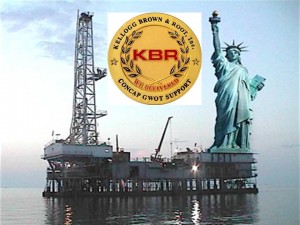 The Shah Deniz partnership is pleased to announce that it has awarded its next major contract for Stage 2 development of the Shah Deniz gas field in the Caspian Sea. The contract for provision of detailed engineering, project management and procurement support services for the Shah Deniz Stage 2 project has been awarded to KBR.
The award of this contract follows the final investment decision for the Stage 2 development signed in Baku on 17 December.
The value of the contract is $365 million. The work under this contract is planned to commence in January 2014 with completion expected in 2018.
The scope of work for this contract includes:
1) Offshore engineering design support for Shah Deniz Stage 2 offshore complex consisting of two bridge-linked platforms;
2) Onshore engineering design support services for the onshore gas processing facility at the Sangachal Terminal consisting of two gas processing trains with 900 million cubic feet per day (mmscf/d) -capacity each;
3) condensate processing facilities with about 105,000 barrels per day capacity;
4) Provision of procurement services;
5) Project Information Management integrator .

The Shah Deniz Stage 2 project will bring gas from the Caspian Sea to markets in Turkey and Europe, opening up the ‘Southern Gas Corridor’. Shah Deniz Stage 2 is expected to add a further 16 billion cubic meters per year (BCMA) of gas production to the approximately 9 BCMA from Shah Deniz Stage 1.
This Stage 2 development of the Shah Deniz field, which lies some 70 kilometres offshore in the Azerbaijan sector of the Caspian Sea, is expected to include two new bridge-linked production platforms; 26 subsea wells to be drilled with 2 semi-submersible rigs; 500 kilometres of subsea pipelines built at up to 550 metres of water depth; a 16 bcma upgrade for the South Caucasus Pipeline (SCP); and expansion of the Sangachal Terminal. The Trans-Anatolian Pipeline (TANAP) will transport gas across Turkey and the Trans-Adriatic Pipeline will transport gas from the Turkish-Greek border to Italy.
The Shah Deniz consortium announced the final investment decision (FID) for the Stage 2 development on 17 of December. This decision has triggered plans to expand the South Caucasus Pipeline through Azerbaijan and Georgia, to construct the Trans Anatolian Gas Pipeline (TANAP) across Turkey and to construct the Trans Adriatic Pipeline (TAP) across Greece, Albania and into Italy. Together these projects, as well as gas transmission infrastructure to Bulgaria, will create a new Southern Gas Corridor to Europe.
The Shah Deniz co-venturers are (after recent acquisitions): BP, operator (28.8 per cent), SOCAR (16.7 per cent), Statoil (15.5 per cent), Total (10 per cent), Lukoil (10 per cent), NICO (10 per cent) and TPAO (9 per cent). These percentages include the recent purchases of equity from Statoil by BP and SOCAR, respectively, which are subject to conditions that are expected to be satisfied in 2014 for completion of the transactions.