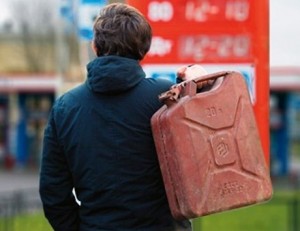 By 2020 the volume of production of high-octane gasoline will exceed the level of consumption by 0.47 million tons and reach about 6 million tons. But since 2024 their deficit is forecasted, reported Kasinform.
Galymzhan Amanturlin, senior expert for oil and gas refining of KazMunaiGas, said at the international conference KIOGE-2013.
“Since 2023 the deficit of diesel fuel is forecasted to grow. From 2014 to 2030 the oil production on Kumkol, Aktyubinsk, Mangistau and Atyrau groups of fields is forecasted to go down,” expert added.
Amanturlin said that oil production on Kashagan and Tengiz fields will grow from 28.3 million tons in 2013 up to 71.3 million tons in 2030. “The share of Kashagan and Tengiz oil in the production volume will increase from 34.4% in 2013 up to 78.1% in 2030,” http://oilru.com quoted the expert.
At present Kazakhstan extracts 1.57 million barrels of oil a day. But the country is unable to supply itself with oil products. This is expected to happen after upgrade of all three oil refineries, which make fuel for automobiles.