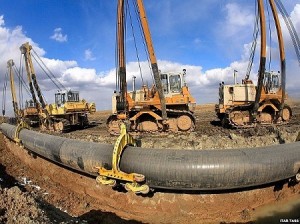 “The following parametrs of the working group have been coordinated at the meeting: the goal of the group was to find the legal framework of the South Stream gas pipeline operation in EU, which will meet drequirements of the European legislation,” Berger said.

The working group’s composition has been also coordinated and the sides have agreed that the work will start immediately.

On December 6, 2013 the Russian Ministry of Energy reported that it has received an official letter from the European Commission saying that it is necesary to revise the contracts concluded with the transit-countries for the gas pipeline construction. EU believes that the bilateral agreements on South Stream with some European countries, including Austria, Bulgaria, Hungary, Greece, Slovenia, Croatia and Serbia, violate the EU legislation. European Commissiom expects their revisiom.