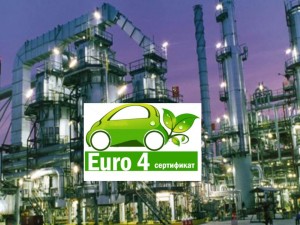 He said production of petrol meeting Euro-2 standards will be possible only in 2015. Earlier the State Committee for Standardization, Metrology and Patents  said that petrol made in Azerbaijan meets Euro-3 standards.

According to the Cabinet of Ministers’ decision, from April 1, 2014 petrol made in the country must meet Euro-4 standard.