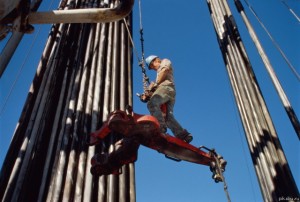 On October 6, after the completion of repair works, wells were opened and oil production was resumed without any difficulties In Kashagan field, Oil and Gas Ministry of Kazakhstan said.
“In accordance with the standard practice, ground part of the pipeline has been isolated, there was carried out pressure relief and cleaning with nitrogen in order to ensure safe access. On September 26 excavation work for opening of the pipeline was carried out. The inspection of the pipeline’s site started on September 27. The source of the leak was determined, repair work began on September 28. Currently the reason was determined, the repair work has been completed, ” the ministry said.
All work is carried out in strict accordance with the requirements of republican and international safety rules.
Recall, a gas leak was detected at Kazakh Bolashak Integrated Oil and Gas Plant in Atyrau which receives oil from Kashagan field on Sep. 24.
The leak was detected at 2.5 kilometers from the plant in the sanitary protection zone. Atyrau region’s Department of Emergency Situations was immediately notified of the incident.
An Investigation was carried out in accordance with the safety requirements. Toxic hydrogen sulfide was not released into the air, nobody was injured.
All manufacturing facilities in onshore and offshore complexes were transferred to standby mode, oil production was temporarily suspended. The situation within and outside the sanitary protection zone is under control.
Atyrau region’s Department of Emergency Situations and Department of Ecology initiated to conduct inspections on the incident.