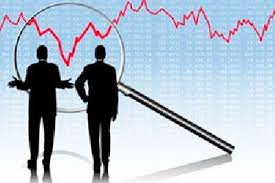 Kazakhstan’s discovered and existing resources are big enough to supply the country with oil and gas in the coming 40-50 years, Kazakh Minister of Oil and Gas, Uzakbai Karabalin said on Jan. 16 at the XV board meeting of the ‘KAZENERGY’ association.
“It was proposed last fall under the auspices of ‘KAZENERGY’ to hold large geological exploration in the Caspian basin called ‘Eurasia’,” Karabalin said, adding that the proposal aroused great interest among oil companies and countries that want to invest in this project.
He added that last year, competitions were announced for three exploration blocks.
“This year we are going to announce tenders for eight or nine blocks. Thus, geological exploration in promising regions are of great help for further increasing the hydrocarbon reserves in Kazakhstan,” the minister said.
Regarding the shale gas, the minister said no specialized geological studies have been conducted in Kazakhstan for detection of shale gas.
“There is some theoretical knowledge saying there is a potential, but to what extent, and how, this question has not been worked out. The geology committee’s plans include studying future prospects for shale gas,” he said, adding that the technology for operating such fields require large water consumption.