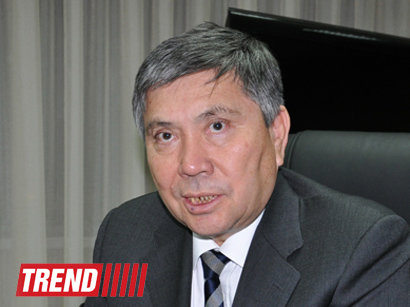 Developers of the Kashagan field in Kazakhstan, will be fined both for environmental damage due to an accident and suspension of work at the field, Kazakh Minister of Oil and Gas Uzakbai Karabalin said at a press conference on Jan.16 following the meeting of the Board of KazEnergy Association.
“The sanctions and fines written into the agreement will be imposed. Primarily they are the penalties on environmental violations,” the minister said.
The minister stressed that the Ministry of Environment has conducted several meetings with the contractors.
“I expect that by the end of the month the figures on the fines will be announced,” Karabalin said.
The minister did not mention the possible size of the fines, citing the confidentiality rules of the agreement.
Karabalin said that Kashagan is included by the ministry in the forecast plan of oil production for 2014.
Oil production in Kashagan began on September 11, but was suspended after two weeks because of a gas leak. Production was soon running again, but in October another leak was discovered. Earlier it was reported that in 2022 it is planned to produce in Kashagan about 15 million tons of oil.