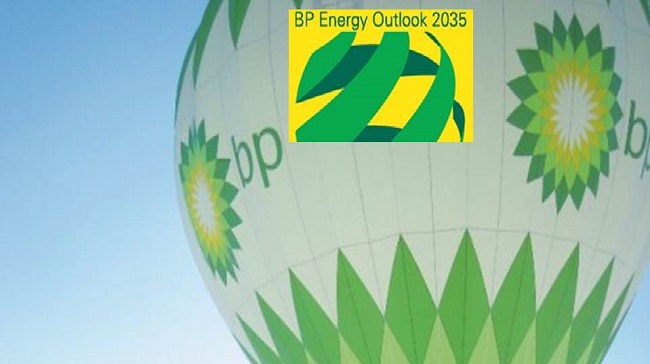 The world demand for energy resources will slow down till 2035. Majority of the additional consumption will fall to the rapidly developing countries, such as China and India.
This is a conclusion of BP’s World Energy Outlook report released on January 15, 2013. It contains the forecast of the world energy market till 2035. It has been presented by BP President Robert Dudley and senior economist Christoff Rul in London.
BP experts believe that till 2035 global electric energy production will satisfy the growth of demand and the world will not face shortage during this period. The report is based on the fact that owing to a progress of technologies, shale gas fields will become more accessible for development.
According to BP’s experts, till 2035 annual growth of oil demand will constitute 1.5%. Till 2020 this showing will constitute 2% a year and from 2020 to 20235 – 1.2%.
During 23 years from 2012 to 2035 electric energy consumption will increase by 41%. During previous 23 years global energy consumption increased by 55%. Importance of gas as a source of energy will grow, while of coal and oil – go down and by 2035 these three types of energy carriers will have almost equal share in the world energy consumption – 26-27%. Share of the atomic energy, hydraulic energy and renewable sources in the world power generation will constitute 5-7% per each of the sources.
During the two decades to come oil production will grow by 0.8% a year. By 2035 annual consumption of oil and other liquid energy carriers, including bio fuel, will grow by 19 million barrels a day against 2012. Almost the whole additional demand will fall to China, India and Middle East countries. More than half of world production will fall to the raw material from the countries, which are not OPEC member-states, including the US shale oil, Canadian oil sands and oil from the Brazilian deep-water fields.
In 2014 the US will be ahead of Saudi Arabia as the biggest maker of liquid hydrocarbons. By 2035 oil import by the US will reduce by 75% against 2012. Till 2020 share of the OPEC member-states at the world oil market will keep declining and then will grow again, BP experts believe.
Production and consumption of natural gas will grow at the fastest pace among the energy carriers – by 1.9% till 2035. The growth of liquefied gas export will double –up to 3.9%. 78% of growth of gas demand will fall to the countries, which are not members of the Organization of Economic Cooperation and Development (OECD). About 46% of additional demand will be satisfied with the expense of shale gas.
Till 2035 demand in coal will grow by 1.1% a year mainly at the expense of its consumption in China and India.
The world atomic power production till 2035 will grow by 1.9% a year. 96% of growth will fall to China, India and Russia. In US and the EU member-states power generation at the atomic stations will go down.
The generation of power at the hydraulic power stations will increase by 1.8% a year and half of new capacities will be put into operation in China, India and Brazil.
Power generation at the expense of renewable sources will grow by 6.4% a year. Christoff Rul said this type of power is unable to compete with hydrocarbons and is developed now at the expense of state subsidies.
BP experts forecast that in 2035 emission of carbonic acid to the atmosphere will increase by 29% against 2012. The entire additional emission will fall to the developing countries, while in the countries-members of the OECD, they will go down by 9%.