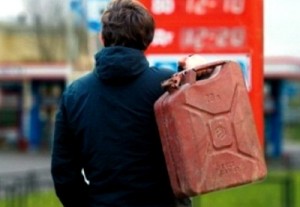 The resolutions entered into force on January 21 and they will be effective till June 1, 2014.

Why did the Azerbaijani government make this decision? Azerbaijan is an oil-rich country and it has imported oil products neither during the Soviet time, nor during the years of its independence.

According to the experts of the Azerbaijan Centre of Oil Studies, last year for the first time Azerbaijan had faced some problems with supplying its own market with fuel. “That time equipment at the Heydar Aliyev oil refinery, which produces petrol and diesel fuel, was under repair and the fuel resources were insufficient. Thus, it was decided to fill the demand partially at the expense of import,” a source from the Centre said. In 2013 for the first time Azerbaijan did not export petrol, which was made of its own raw material. “65,000 tons of exported petrol was made of Kazakh oil,” said a source from the Centre.

Experts of the Centre believe that growth of number of cars in the republic up to 1,246,000 by January 1, 2014 (only during 2013 104,000 cars were imported into the country) and difficult situation in the city infrastructure has led to traffic jams in the city any time of the day and rise in fuel consumption at the local market. During last year growth of fuel consumption constituted about 10%. This has created conditions for beginning of petrol import to Azerbaijan.

The oil products prices in Azerbaijan are fixed by the Tariff Council. The Council made a decision to increase retail petrol prices from December 3, 2013.