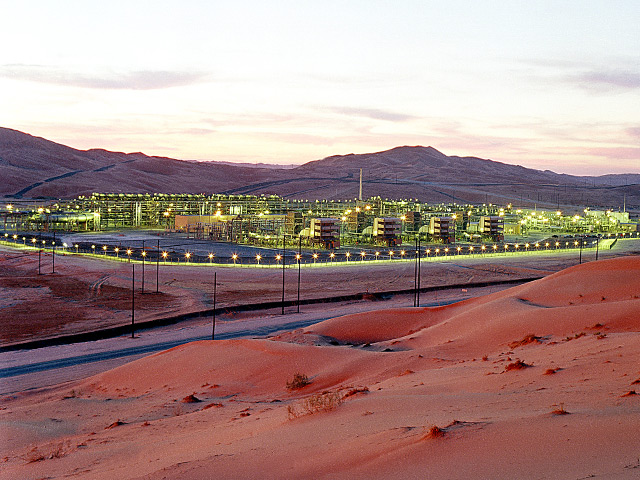 The US might be drowning in oil, but the world is still dependent on Saudi Arabia.
Indeed, Saudi Arabia is pumping out more crude than at any time since at least the 1970s. In neighbouring Kuwait and the United Arab Emirates meanwhile, oil production levels hit record highs.
These numbers reflect a profound but easily overlooked trend in the global oil market. In spite of the shale oil revolution in the US, the world has become, if anything, more dependent on a handful of Gulf producers to fill supply shortfalls elsewhere.
“Whatever is happening in the US, the Gulf states remain critical to the global oil trade,” says Jan Stuart, head of energy commodities research at Credit Suisse. “The fact they are producing so much shows that the global oil balance is far more stretched than consensus would have you believe.”
The trigger for the jump in Gulf production has been huge disruption to supplies from Libya, where striking workers and militias have reduced exports from about 1m b/d to merely a trickle. Saudi Arabia has responded by pushing output to 10.2m barrels a day in August, according to the International Energy Agency, the most in IEA records. The country is now reaping more than $1bn a day in export revenues.
The UAE and Kuwait have also both set records for output this summer, at about 2.8 mb/d. In August the three large Gulf producers met 17.1 per cent of global demand. In thirty years of IEA data, their share has not topped 18 per cent.
This dependence on the Gulf appears to be growing. The same states also increased output last year when sanctions slashed Iranian exports by 1m b/d. When Libya’s oil industry was shut down during the civil war of 2011, Saudi Arabia responded then, too.
For consuming nations such as the US, the world’s largest crude importer, India and China, the question is whether these Gulf states have enough spare capacity to keep pumping at these levels – or even raise production should disruption last?
The IEA estimates that even when producing at current levels, Saudi Arabia still has more than 2mb/d of spare production capacity. Ali-al Naimi, the kingdom’s oil minister, emphasised again last week Riyadh’s willingness to meet any demand.
But that appears to have required a subtle shift in policy. Saudi Arabia has been slowly bringing online its giant offshore Manifa oilfield, which should eventually be able to produce 900,000 b/d.
Riyadh had originally planned to send Manifa output to a domestic refinery, while throttling back production at some of its other fields in order to prolong their lives. That would have made less oil available to the global market. But the IEA thinks that has not happened.
“Because of disruptions elsewhere, we think the production increase from Manifa is being supplied to the market,” says Antoine Halff, head of oil market research at the IEA.
By factoring in Manifa output, the IEA has raised its estimate of Saudi output capacity by more than 500,000 b/d this year, to 12.5 mb/d. That provides some buffer to the market, and means the IEA is hopeful that the current tightness in the oil market will ease over the next few months, as refineries are shut for maintenance.
Within the Gulf, though, Saudi Arabia’s ability to bring on new production at will appears to be an exception. The UAE has pushed back its target for increasing production capacity to 3.5m b/d to 2020, from 2017. Kuwait is still targeting 4m b/d by 2020, but is struggling to overcome rapid decline rates from its existing fields.
Both countries are currently pumping near their maximum capacity, according to the IEA. Qatar, meanwhile, has seen output fall slightly in recent years.
Non-Gulf Opec production has actually dipped since 2008, even though oil demand has increased. Venezuela, Angola and Algeria are all producing less now than five years ago.
“Saudi Arabia has a very clear production target, and methodical way of working towards it, whereas we are unlikely to see material growth in output from the other Gulf states over the rest of the decade,” says Amrita Sen, an analyst at Energy Aspects, a consultancy.
The consequences for the global economy – and the world’s biggest oil consuming nations – are significant. Saudi Arabia is already the single largest supplier to many of the large importing countries, including China. But it only sells crude to existing customers, and does not allow buyers to sell on their cargoes.
For all the talk about the shale boom, then, it is business as usual for the rest of the world in terms of supply. The market will be watching those output data closely – reported http://www.ft.com.