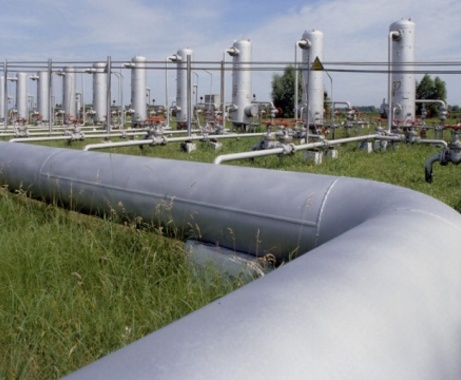 The next important milestone for the realization of the Trans Adriatic Pipeline (TAP) project envisaging gas supply from the Caspian basin to Europe will be a decision on Resolution to Construct (RtC), a source in TAP reported.
Earlier, it was reported that TAP plans to make its RtC one month before the Shah Deniz Consortium makes its Final Investment Decision (FID).
The source told Trend news agency that in the meantime, TAP will continue to develop the project, leading up to construction. The pipeline developers intend to begin construction work in early 2015 to be ready for the first gas from Shah Deniz by 2019.
“This will include activities in TAP’s transit countries – Albania, Greece and Italy, such as land easement and acquisition, public disclosure of TAP’s Environmental and Social Impact Assessments, and on-going engagement with all relevant stakeholders,” the source said.
In late June, the consortium of Azerbaijani Shah Deniz field development officially announced the selection of TAP as the route to transport its gas to Europe. Another pipeline which was vying for Azerbaijani gas transportation to Europe was Nabucco West.
TAP is designed to transport gas from the Caspian region via Greece and Albania and across the Adriatic Sea to southern Italy and then to Western Europe. The gas which will be produced in the second phase of Shah Deniz field, is considered as the main source of the project.
The initial capacity of the TAP pipeline will be 10 billion cubic meters per year with the possibility of expanding to 20 billion cubic meters per year.
For now TAP shareholders are BP (20 percent), SOCAR (20 percent), Statoil (20 percent), Fluxys (16 percent), Total (10 percent), E.ON (9 percent) and Axpo (5 percent). However, according to the source in TAP, the shareholders of the project have stated that they remain open to new shareholders that can provide added strategic value to the development of the project.
Reserves of the Shah Deniz field are estimated at 1.2 trillion cubic meters of gas. The contract to develop the offshore field was signed in 1996. Shareholders of the project are BP and Statoil with 25.5 percent each, NICO, Total, Lukoil and SOCAR with 10 percent each, and TPAO with 9 percent.