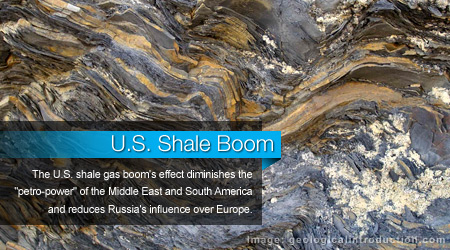 Senior executives at BG Group, a leading supplier of liquefied gas to industrial nations, predict it could be a decade or more before widespread development of shale gas reserves occurs outside of North America.
The FTSE 100 company became the first company to strike an export deal for shale gas in 2011 from the Gulf Coast of the US with energy company Cheniere in a contract running from 2015 estimated at $8bn.
But, in spite of BG Group’s move to include US shale as part of its mix of LNG supplies to energy-hungry countries in Asia and Europe, executives suggest that the rapid boom of cheap shale gas supplies experienced in North America is unlikely to be replicated elsewhere in the short term.
“We don’t see a big wave of shale development globally in the near term,” according to Matt Schatzman, executive vice-president global energy marketing and shipping at BG Group. “Our position is that you’ve seen a tremendous change in the US and the US was, really, in terms of developing unconventional, a sweet spot. Our view is that we’re sceptical that’s going to be fully replicated anywhere else as quickly as we’ve seen it in the US.”
The remarks come despite optimism expressed by politicians and fracking industry supporters in the UK and beyond that shale gas can emerge as a key element of power supply.
Last month the UK’s chancellor George Osborne outlined plans to create the world’s most generous tax regime aimed at accelerating shale gas development in the UK. He said shale gas was “a resource with huge potential to broaden the UK’s energy mix”, adding: “I want Britain to be a leader of the shale gas revolution.”
However, last month French president François Hollande ruled out exploration for shale gas during his presidency on environmental grounds. Meanwhile in Poland, in spite of enthusiasm from government, some US companies have withdrawn their interest in exploring for shale gas after early drilling disappointment.
However, the hunt for shale gas and oil opportunities outside North America among supermajors has also seen Chevron of the US strike a deal with Argentina’s YPF last month to invest $1.24bn in the country’s Vaca Muerta shale formation.
Despite its overall caution, BG Group is assuming China will have developed material amounts of shale gas supplies by the beginning of the next decade. But the global gas supplier still predicts that growing demand for the fuel will still see China remain a major destination for imported LNG supplies.
“We do see shale gas development occurring globally in other places other than the US. But . . . it won’t be as easy to develop shale gas in these other places,” added Mr Schatzman – reported http://www.ft.com.