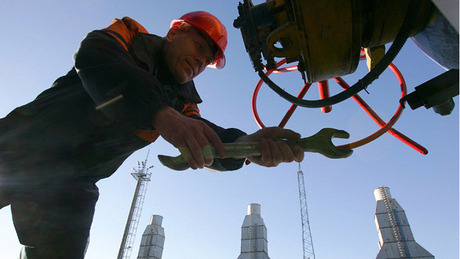 Greece has been struggling for a while. Its economy completely failed a few years ago and it had to be handed a bailout by the EU to stop the country from disappearing into a bottomless pit of debt. Singlehandedly it delivered a deadly blow to the European economy, dragging almost the entire region into an economic slowdown and recession.
This month Greece has received news that may give a boost to its economic and energy ambitions. Of the competing pipelines planned to transport natural gas from Azerbaijan to the European market, the Azeri energy developers chose the Trans-Adriatic-Pipeline (TAP).
After years of planning Statoil, BP, Total, Belgium’s Fluxys, E.ON, Switzerland’s Axpo, as well as the Azeri state oil company SOCAR, will develop the TAP pipeline to carry an initial 10 billion cubic metres of natural gas into the EU, with further plans to expand the capacity to 20 billion cubic metres in the future.
Greece is set to receive a huge boost as two thirds of the TAP pipeline will be built on its land, providing an estimated $1.5 billion injection into the economy. The construction phase, and subsequent maintenance and operation of the pipe, will create thousands of jobs throughout the country’s energy sector, a welcome addition to the cash injection and transit revenues, as Greece has just hit a record high unemployment rate of 27.6%.
Another benefit that the Tap will provide to the Greek economy, is that it can be used to show the world that Greece is a recovering country, and offers a genuine “investment option for potential foreign partners.”
Although while some may try and suggest that choosing the TAP pipeline is a sign of confidence in the Greek economy and its ambition to establish itself as a natural gas transit country, many others have warned that there are still foundational issues that must be addressed before any mention of recovery can be uttered.
Konstantinos Filis, the research director at the Institute of International Relations, told Forbes that the“TAP is very important for the country, but it is only an indirect investment. Greece will move away from the vicious circle only if it implements reforms and adopts a flexible investment plan in order to make it attractive to foreign investments.”

By. Joao Peixe of Oilprice.com