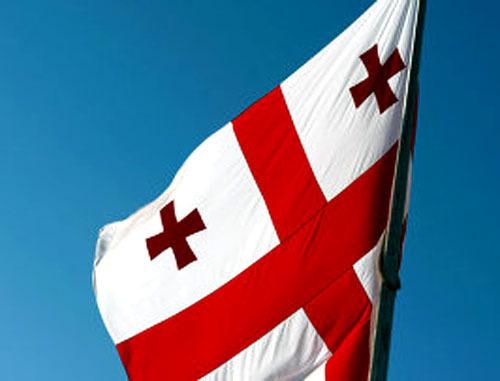 Georgia’s oil production may be miniscule compared with that of neighbouring Azerbaijan, but a series of multi-million-dollar deals for exploration could tap into new reserves and offer a big boost to production.
New investments for oil exploration – by Cayman Islands-registered Tethys Petroleum and Czech-based MND Group – could be harbingers for greater interest, believes the chief executive of the Georgian Association of Petroleum Companies, Cliff Isaak. “It is not, ‘Is there oil?’… Georgia used to produce 70,000 barrels of oil a day,” he says. “It is simply getting it out and, at $100 a barrel, it is viable.”
The new interest in oil exploration comes after years of neglecting the sector. Over the past 20 years, production levels have fallen – in 2012, the country produced just over 49,000 tonnes of oil. The former government was uninterested in promoting Georgia’s potential as an oil producer, preferring instead to prioritize hydroelectric power and the country’s role as a transit state for oil and gas from the Caspian Sea. “The former government… did not present any evidence for their assumption [that Georgia is not an oil producing country],” says Piso Gujejiani, the administrative assistant/translator for Norio Operations Company, a local oil producer. “We are here, we are doing the geological reports… we have been doing it all of these years. Actually we never stopped. We are still producing.”
Deputy head of the Agency of Natural Resources at the Ministry of Energy and Natural Resources, Giorgi Tatishvili, stresses, however, that the ministry has been working on remapping the entire country to pinpoint what resources exist and where. According to the US Energy Information Administration, proved reserves amount to just 40m barrels of oil and 300bn cubic feet of gas. “Some time ago, we established a new strategy and the target of this strategy… is until 2017 to receive the new data from whole territory of Georgia,” he tells bne in a phone interview. “When you have some fuel alternatives, all the time it is good. Of course the hydro energy is a priority and we also have this strategy to develop it at this point, but simultaneously we are also developing oil exploration. It is good when you have some diversified energy.”

The surveys are using the latest technology, providing the government with the best information available on the country’s potential for oil and gas production. And access to new technology, including cutting edge 2D and 3D mapping and seismic reports, is spurring the new interest, Isaak says. “The Soviets didn’t have seismic like we do now, which can pinpoint reservoirs. The technology is so different,” he says, noting that fields targeted by investors, which are located not far from Tbilisi, are part of the same Azerbaijani plain that produces high-quality Azeri light crude. “You have to remember that now they are able to do 2D and 3D seismic – they know exactly [what is underneath]… [The Soviets] were looking at rock formations and deducing. This is not deduction.”
Sabin Rossi, vice president of investor relations at Tethys Petroleum, tells bne that new technology is a vital component to revitalizing Georgia’s oil production industry. “For many years, there was very limited investment in the oil and gas sector in Georgia,” he says. “When capital was invested and technology applied, success was evident, for example, with the first horizontal drilling programme in Georgia which resulted in increasing oil production and exploration drilling discovering potential new and quite sizeable deposits.
“Now with further advances in oil and gas technology available and with capital it certainly should be possible to fully explore and develop the potential in Georgia, providing that this is done by serious and skilled oil and gas operating companies who have experience in working in such areas,” he says.
Rossi underscores the initial reports on its holdings in Georgia indicate there are unrisked recoverable resources of approximately 3bn barrels of oil. “This is a very large number and would certainly be sufficient to make Georgia a significant producer should these resources be turned into reserves by the application of capital and modern technology,” he says. “There are many other areas of Georgia with further potential, so I think there is certainly a very good chance that Georgia would become a sizeable oil and gas producer.”
Investors like MND Group, a member of the KKCG Investment Group, appear to agree. MND launched a three-year, €77.4m investment in 2012. The Czech group, which has holdings throughout Europe, the Middle East, Northern Africa and the former Soviet Union, has pledged to invest €1.47bn over the next seven years. Other companies, including Indian investors, are investigating the potential of fracking technology in Georgia.
For the Georgian government, the current interest could just be the beginning. Tatishvili says 13 licenses have been issued via tender, and resulted in eight production sharing contracts – three of which were signed in 2013. The private sector is also optimistic that increased investment could tap into new resources. “They are all historically [oil producing] blocks. In the Soviet period, all blocks were producing – some had good production, they were all developed to different degrees,” notes Gujejiani. “They are neighbouring to historically good production [areas]… We are very hopeful.”